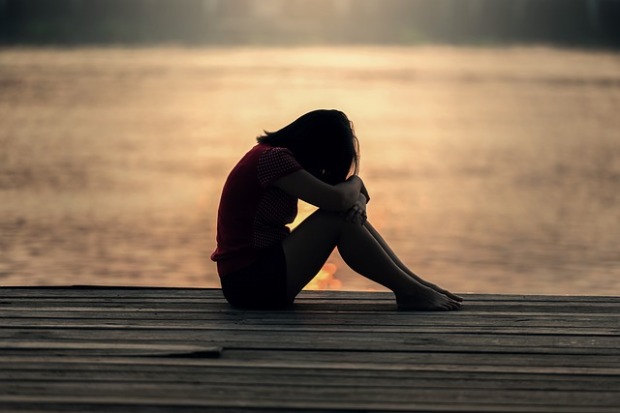 “Though my father and mother forsake me, the LORD will receive me.”

(Note: For those of you who intend to eventually play SH1, please be aware that this post will contain heavy spoilers about the game’s plot, especially the ending.)

The Silent Hill series is primarily known as a Japanese psychological/survivor horror series that uses symbolism and intricate plot to detail the pain of human misery. In the very first installment, the story of the mysterious psychic girl Alessa Gillespie is explored. By the end of the game, it is apparent that this girl had nobody to care for her, until the protagonist Harry Mason rescues her from the torment that she could never escape on her own.

Please bear with me, because in order to give a good description of who Alessa is and how her story can be interpreted in an inspirational Christian manner, one needs to discuss the complicated matter of her past, along with the even more complicated plot of Silent Hill 1.

To start off with, Alessa was born to a woman named Dahlia, who, in the Silent Hill series, is the leader of a cult dubbed “The Order”. This cult worships a thing they call “God”, but is revealed to be either another monster created by the disturbing power of Silent Hill, or a demon deliberately disguised as something benevolent. According to Silent Hill’s Wiki page on Alessa, Dahlia treated her daughter much like Margaret White (the mother of Stephen King’s psychic girl Carrie) demonized her daughter: both women violently oppressed their daughters if the girls refused to obey the bizarre demands set forth.

Nobody has any clue what happened to Alessa Gillespie’s father, or who he could be. It could be theorized that he was simply another cultist, but in the end, we may never know.

When she was only 7 years old, Alessa was immolated by her mother in a mad attempt to impregnate her with the…well, fetus of the Order’s deity. Somehow, it worked, though Alessa was left horribly burnt and barely alive. Shortly after this, Alessa used her powers to split her soul in two, causing the other half to manifest as a baby girl that would soon be found on the outskirts of the city by the protagonist, Harry Mason. This baby would later be named “Cheryl” by Harry and his wife Jodie, who would later pass away from illness.

Harry Mason could be seen as the epitome of the Harry Potter “Gryffindor” trope: brave, courageous, and perhaps recklessly determined to see his goal accomplished. In Silent Hill 1, he’s determined to find and rescue Cheryl from the abyss of Silent Hill after she disappears during their car crash on the road into town.

Every time Harry meets another character in the city of Silent Hill, he never fails to ask them if they’ve seen his adopted daughter Cheryl. No matter what horrors this man faces in the corrupted town, no matter how dreary his chances of finding Cheryl seem to be, he never gives up on his mission to rescue her.

During a talk he has with Cybil Bennet, a wandering cop lost alongside him in Silent Hill, he discusses his knowledge that Cheryl isn’t his biological daughter, but nonetheless, he will save her because he loves her nonetheless.

When he nears the end of the game, he discovers to his alarm that Cheryl is without a doubt the missing half of Alessa’s soul, and by extension, Alessa is the daughter he has cared for all those years. Harry understands this when he hears Alessa speak for the first time, in Cheryl’s voice, in the following scene where Alessa is also revealed to be a terrorized victim of her mother’s ambition.

Silent Hill 3, which is the true sequel to this game, builds on this by providing two memos written by Harry himself in which he discusses his growing realization and acceptance that Alessa is truly Cheryl, and that she needs to be rescued, as referenced by this page in the Silent Hill Wiki. In the first memo, he writes about seeing a portrait of 7-year old Alessa earlier in the story that looked exactly like Cheryl, who in the plot is the same age.

And in the second memo, found in a manifestation of Alessa’s bedroom just before the final boss fight of Silent Hill 3, Harry states viciously that he will save Alessa, even knowing that in order to do so, he must defeat the Order’s “God” first.

All of this makes the “Good +” ending, the “best” ending in the game, truly poignant.

The End of Alessa’s Torment

In the first half of this ending, Harry confronts Dahlia, the true antagonist of the game, in “Nowhere”, which is a bizarre place built out of the depths of Alessa’s tormented memories. Dahlia brazenly confirms that Cheryl and Alessa are the same girl, and because Harry unwittingly ruined Alessa’s plan to destroy the thing within her by use of Silent Hill’s mysterious power, the Order’s “God” is set to be born after 7 years of deliberation.

Thankfully, this deranged plan to sacrifice her daughter forever is ruined by the use of “aglaophotis”, a red chemical used for exorcism, which forces the “god” to be born prematurely, and weak enough for Harry to wound it. In the last boss battle of the game, after Harry wounds the fiend enough with his rifle, Alessa provides the finishing blow by defeating it with her restored will, purging the demon from her life and waking up from her nightmare at last.

The ultimate reason why the “Good +” ending of SH1 will always be my favorite game ending of all time is the moment in the above scene where Alessa wakes up and understands with awe that Harry, the father figure that she longed for, has ensured her safety and freedom. Even more precious is that as her ultimate act of thanks to Harry, she uses her spiritual powers to return Cheryl to him as an infant once more, knowing full well that she can trust him to protect her.

How, then, can this scene and Alessa’s story be interpreted in a Christian sense?

A Parable of The Father’s Loyalty

The story of Alessa’s rescue by Harry Mason, the Father she needed desperately is symbolic of how God our Father rescues us in the deepest, darkest torments of our lives. Just as Harry Mason helped free Alessa from the demon that plagued her for so long by refusing to abandon her, God our loving Father refuses to give up on His mission to rescue us from our own demons.

Harry Mason’s intense, unyielding determination to find Alessa and save her is reminiscent of the Biblical parables of both the Lost Sheep and Lost Coin in Luke 15:3-7 and 15:8-10 respectively, where a shepherd and woman refuse to cease their rescue mission until, with immense rejoicing, they recover what was seemingly lost.

And of course, it is important to take into consideration how Psalm 27:10 relates to Alessa’s pain, and anybody else whose parents have abandoned them. Even though Alessa’s own mother viewed and treated her as nothing more than a tool, leaving Alessa to feel utterly alone in her struggle to defeat the abomination within her, a Father came to rescue her, fulfilling her wish at last.

Just as Alessa was freed from her pain by a loving Father determined to rescue her, we, as God’s children, must never forget that our Father will never cease to rescue us from our own pain.

2 thoughts on “The Grief of Alessa Gillespie: Silent Hill 1 and God’s Mission to Rescue His Children”