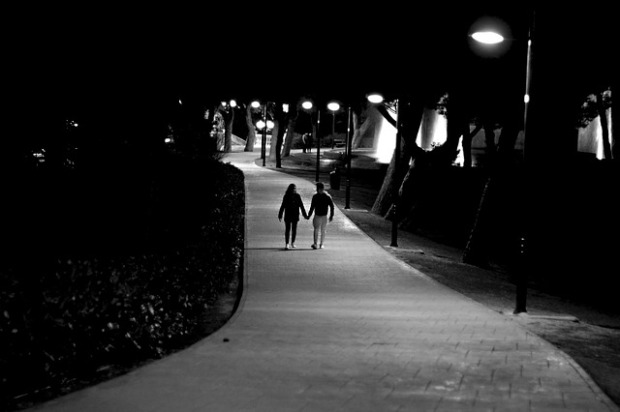 “I want a cup that overflows with love, although… it’s not enough to fill my heart

I want a barrel full of love, although, I know…it’s not enough to fill my heart

I want a river full of love, but then, I know…the holes will still remain

I need an ocean full of love, although, I know…the holes will still remain…”

I’ve shared numerous times in other blog posts how much of a fan I am of the Silent Hill horror video game series. What keeps me coming back time and time again, however, isn’t the horror aspects, but the deeper meanings lying within each game, especially the aspects of loneliness, trauma and human sorrow that the games subtly speak of. My favorite game in the franchise, and my forever favorite video game of all, is Silent Hill 3, a game which symbolically and overtly addresses loneliness in various ways, especially in its music.

One of the most memorable pieces from the game’s soundtrack is the mournful song “I Want Love”, which aptly deals with aching to be filled with love, while painfully knowing that even all the love in the world might not be enough in the end.

This song brutally sums up what loneliness feels like at it’s worst. When loneliness breaks us down to this level, we doubt that the pain will ever end, and that a permanent antidote is possible.

“I Want Love” details how empty the protagonist of Silent Hill 3, Heather Mason, feels after losing her father midway through the game.

Heather journeys to Silent Hill on a revenge mission after her dad’s murder at the hands of one of the town’s cult members. Her last memory of her father is coming home to see him brutally stabbed to death, and her undying rage over his murder is one of the few things managing to keep her going forward. Who could blame her for feeling like the holes that trauma left in her heart will never heal?

On an uplifting note, this makes her growing bond with her unexpected partner in crime Douglas, an old detective originally hired by the cult to find her, extra heartwarming.

Douglas unwittingly leads the main antagonist, Claudia, the cult’s leader to Harry Mason’s location in his task to find Heather. This is a complicated backstory to explain, because Heather is the reincarnation of the psychic girl Alessa Gillespie from Silent Hill 1, and is needed by the cult to rebirth the demonic deity they worship. Harry freed Alessa from the demon’s influence at the end of Silent Hill 1, and as thanks, she reincarnated herself as a baby girl that she entrusted to him, knowing that she’d be safe with him.

For that, in bitterness for feeling that Harry had taken away the only real friend she ever had, Claudia has Harry violently murdered by another cult member. And because Douglas indirectly helped make that happen, he eagerly assists Heather in her own revenge quest out of guilt for his perceived role.

While Heather initially blamed Douglas for her father’s death, she came to forgive him after he made it clear that he wanted to help her, and especially after he helped her find a notebook containing Harry’s last words to his adopted daughter. In one somber cutscene later in the game, Heather reunites with Douglas after the two of them temporarily split up to find clues in Silent Hill quicker, to discover that Claudia crippled him. In the talk she has with him, with “I Want Love” playing in the background, they reveal to each other that they’ve begun to see each other as would-be father and daughter.

Heather comes to realize, especially at the end of the game when she’s achieved ultimate revenge for Harry by destroying the newly birthed incarnation of the evil deity, that Douglas will make an awesome father figure to help her gradually heal the holes in her heart.

For anybody else, “I Want Love” speaks to the powerful human desire to be completely filled with unconditional love. We all seek a permanent end to our loneliness, but fear that the love we seek will be ultimately inadequate. Unfortunately, we’re bound to be let down by some of the people we ache for, because it’s also human nature to fail at times.

But just as Heather discovered through the paternal love and care Douglas showed her, there will always come a person who fills us to the brim with the love we need to properly heal.