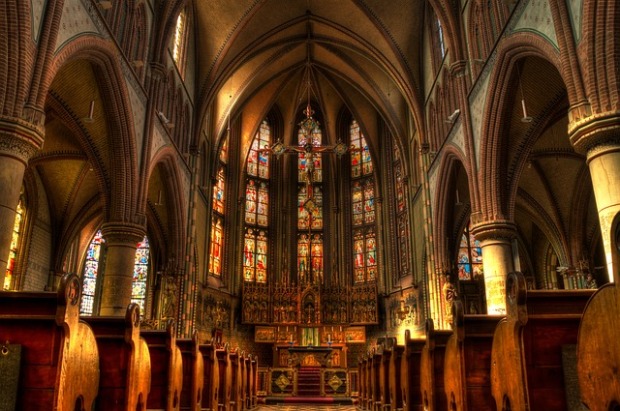 The Catholic Church has seen another unfortunate reveal of previously covered sexual abuse, this time in Pennsylvania, where 1000 reported cases of sexual abuse of children by 301 priests was committed over several decades. Reuters reported that of the 301 priests listed in Pennsylvania Attorney General Josh Shapiro’s report, only two of them are still subject to prosecution.

The Catholic Church needs to take care that it properly addresses this tragedy in its entirety, and that it seeks to provide all of the victims with the justice that they deserve. All around the world, millions of eyes are closely watching how the Church handles this newest reminder of its clerical sexual abuse problem, and it’s vital that the Church acts with integrity.

For that matter, it’s important to address an ongoing issue within the Catholic Church, an issue of misjudged accusations. There are many within the church, clergy and laity alike, who believe in a “Lavender Mafia”, a supposed underground group of gay men working to infiltrate the ranks of the priesthood and corrupt the church from within.

This was part of Archbishop Carlo Maria Vigano’s accusation statement against Pope Francis and other high-ranking officials of the Catholic Church for their failures to take proper care of the sexual abuse crisis. In page 10 of his statement, Archbishop Vigano asserted the following regarding the existence of the supposed “homosexual networks” within the church:

“These homosexual networks, which are now widespread in many dioceses, seminaries, religious orders, etc., act under the concealment of secrecy and lies with the power of octopus tentacles, and strangle innocent victims and priestly vocations, and are strangling the entire Church.”

Vigano’s beliefs regarding “homosexual networks” are shared by some laity members of the Catholic Church, such as one of the authors on the Catholic community site The American Catholic who wrote a piece titled “The Bitter Fruits of the Lavender Mafia“. In this piece, the author references another Catholic author’s work asserting that bands of gay men in the priesthood are responsible for the apparent loss of quality in the Mass, and that they joined the priesthood in a bid to appease “their essentially narcissistic and childish desires and deeds”.

The author of this piece also makes a pointed reference to a passage from the book of Romans commonly used by some religious individuals to paint LGBTQ in a bad light. This part of the passage the author referenced was likely chosen to augment the referenced opinion about gay priests being unfit for ministry:

They are full of envy, murder, strife, deceit and malice. They are gossips, slanderers, God-haters, insolent, arrogant and boastful; they invent ways of doing evil; they disobey their parents;  they have no understanding, no fidelity, no love, no mercy. (Romans 1:29-31)

I am a gay United Methodist who has had a growing interest in Catholicism because of multiple God-given healing experiences that were centered around Catholic themes and figures. My desire to convert, however, is now on stall because of what I’ve learned gay Catholic priests are seen as. by many in the Church.

People with Archbishop Vigano’s mindset seem to believe that to be gay inherently means that an individual is wholeheartedly evil, no matter what evidence is given to the contrary. I fear that if I try to join a Catholic congregation at this time, I run the risk of encountering individuals who will regard me as a member of this “lavender mafia” despised by so many.

Gay men are not responsible for this tragedy unfolding in the Catholic Church. We are not to blame for these evil, selfish men who chose to abuse their power to sate their selfish desires. To rewrite this tragedy as a “homosexual issue” instead of what it clearly is, an ongoing problem with pedophilic priests using their power to harm innocents, is a massive error that will deface the Catholic Church’s worldwide reputation. Not only that, but the people trying to dress this up as something solely “homosexual” forget the female victims of this horror.

I pray that the Church cracks down properly on the men who’ve perpetrated this ongoing crime. I pray that those Catholics who purport the idea of gay men being insidious havoc-wreckers don’t become the face of the worldwide church, or I fear that many will leave the pews en masse. I pray that more Catholics become like Sister Monica, a nun who has worked to help transgender individuals.

May God’s will be done.