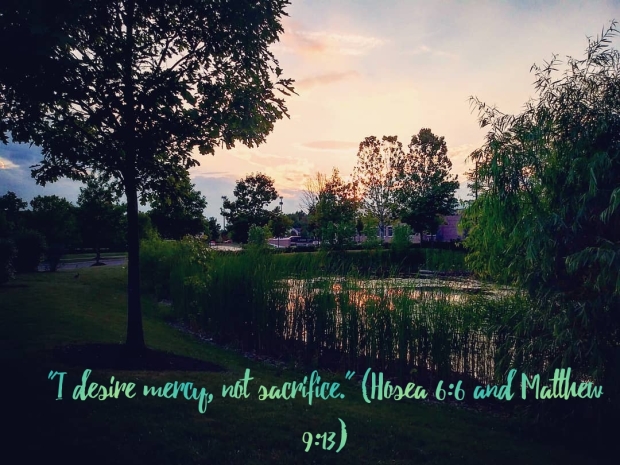 I watched the Pray Away documentary on Netflix, and ever since, I’ve been wondering if any Christian organizations disproved of it. I went looking, and unfortunately, the answer is yes.

“A Lopsided Tale of Woe”

I have never been a part of any ex-gay therapy or conversion movement. Still, nonetheless, this was triggering to read. This article from The Gospel Coalition is written by a man who states in a separate piece that he no longer identifies as gay, but does still feel same-sex attractions.

In the opening paragraph, the author lambasts the documentary as another Hollywood attack on Christianity. He dismissively refers to this collection of painful, heartbreaking testimonies as, I quote, a “lopsided tale of woe”.

I’m assuming he watched the entire documentary. Thus, he certainly should’ve heard Julie Rodgers’s horrific testimony of what she experienced.

Ricky Chelette, her mentor, a man similar to the author in that he no longer identifies as gay, ultimately abused Julie’s trust in him. Case in point, he pressured her into talking about a horrific college r*pe incident she suffered. Ricky wanted her to discuss this deeply personal, traumatic experience on a stage, at a conference in front of a vast audience. He tried to use this as fuel for the supposed connection between sexual abuse and homosexuality.

For obvious reasons, she refused. In response, Ricky guilt-tripped her for not divulging that highly personal nightmare.

Oh, and she self-harmed during her time under his mentorship. This was a direct result of the self-hatred she felt because of what she was taught. We can see her scars plainly in the documentary, from where she used a quarter to cut into her skin.

So I’m going to lay it down. For this author to contemptuously refer to any of this as a “lopsided tale of woe” is heartless.

Feel free to read this article yourself, but be warned. Instead of offering at least a bit of compassion for the nightmares Julie and the others in Pray Away experienced, the author chooses to invalidate it as “poorly made”. The blatant lack of empathy here is staggering.

His dismissal of their stories is sadly in line with a particular brand of Christianity. The author believes that the intent of Pray Away is to attack Christianity. Well, he must have realized that, unfortunately, the shoe absolutely fits here.

Traditionalist or legalist Christian views on everything queer have a nasty tendency to show no mercy for LGBTQ individuals. By that, I mean that adherents of this branch ultimately believe that personal testimonies like those seen in Pray Away are meaningless because they don’t align with the traditionalist view of scriptures.

Here’s an example. On my web search for Christian responses to this documentary, I came across this article from Focus on the Family. This is a letter sent to the organization by the mother of a gay Christian kid. I completely regret reading this at work today because it took an immediate, intense amount of prayer for me to not start screaming.

I count myself as extremely lucky that I didn’t experience this. My mother was admittedly worried about what might happen to me when I came out to her 8 years ago, but she also assured me that she’ll always stand by me. Even though she didn’t understand it entirely at the time, she was resolute in her love for me.

It’s nigh impossible for me not to get angry at this young man’s mother. She implied that she was concerned that he could corrupt his younger siblings with his testimony. His testimony that he and God had connected, as God did with me, leading to a deeper understanding of the Bible scriptures that supposedly condemn homosexuality.

They treated him like a blasphemer. I will never respect that reaction. I hope and pray that he’s okay and that if his mother still retains her views, that he escaped her. Because she’s toxic.

Oh, and I’m going to get political for just a moment. A major problem I have with Evangelical organizations like Focus on the Family and The Gospel Coalition constantly condemning queer individuals is that they never use that condemnation against men in power who openly sin. I especially mean former President Donald Trump.

Read this article I found about Focus on the Family‘s reaction to what the former president instigated on January 6th. I can’t believe my eyes, but I read that the founder of this organization, James Dobson, joined in the

Are you aware that former President Trump, to my absolute shock, has lied about what happened on January 6th? He referred to the violence perpetrated against the Capitol Police as “hugs and kisses”. This, when 140 officers were injured in the process.

I’ve yet to see these Evangelical organizations finally put their foot down and cease their silence. Their silence is deafening, and all I see is hypocrisy.

Why is it that gay Christians like that young man and myself are treated as threats to households while this man, this blatant liar, among other things, constantly gets a free pass? These groups have no moral integrity. They continue to believe that gay people need to either be celibate, enter a straight marriage, or change themselves altogether. They are part of the ex-gay equation, and this is a system that absolutely deserves to be called out.

“I Weep With You”

Last Friday, during work, I started praying to Jesus about what I’d seen in Pray Away. During that prayer, I could feel Jesus weeping, and I began to cry silently with Him. I could feel his grief of what his LGBTQ children continue to suffer needlessly.

The self-hatred we’ve seen in these survivors’ testimonies isn’t His will at all. My first direct encounter with Jesus came in a dream after I spent that night freaking out to God about how filthy I felt over what I now understand as natural desires. I felt dirty and shameful, and I kept apologizing to God over and over again before I finally fell asleep.

I was walking across a bridge in the dream, where Jesus, Mary, and a few other sanctified individuals sat on thrones. As I approached, they stood up, and Jesus knelt to hold me close.

I’ll never forget the look on His face. He looked at me with an expression of pity, compassion, and parental concern. It was clear to me that He was heartbroken at the self-hatred I’d shown Him. After this religious experience, I’ve accepted that my natural desires for a partner are the same as a straight person’s.

The Issue of Celibacy

I understand and respect the choice of other gay Christians to be celibate, so long as they have the gift of celibacy. I just worry that some of them are needlessly causing themselves a lifetime of loneliness. I know that loneliness, and to be honest, it almost made me suicidal when I was at college. I know for a fact that I don’t have the capacity to be alone for the rest of my life.

Also, I have a big problem with some gay Christians asserting that all others like them must be celibate to effectively please God. After reading that article from The Gospel Coalition, I read the author’s personal testimony. My impression is that he believes his experience is what all other gay Christians should follow. He mentions that Paul in the New Testament was single and “didn’t whine about it”. Again, that’s horribly dismissive of others’ experiences. How does anybody admitting that they don’t want to be lonely for the rest of their life count as “whining”?

I’ve said it before that this isn’t my experience. Inviting Jesus into my heart helped me perfectly understand that I am 100% gay, and that clarity freaked me out. Based on what others have said about this matter, one of my first thoughts was that I would end up in Hell. This, when I’ve only ever been raised in a progressive Christian environment with loving, supportive parents.

My highest loyalty is to God, who has always looked out for me as my Heavenly Father. In the first few months after coming out, I begged God at least three times to take this away if it didn’t please Him. His response has always been to help me find a peaceful path to walk with Him on this.

I begged Him to help me not rush headlong into romance and make a careless mistake. I don’t want to ever view any guy as something temporary before finding my soulmate. God knows this, and for the last seven years, has given me powerful hints at what He has planned.

This started with my sophomore year in college. One night, I felt a strange inclination to watch Disney’s The Rescuers on Netflix. I had no idea why. Then, I got to the scene in the bayou where we hear the beautiful song “Someone’s Waiting to For You”.

I bawled, quite frankly. It sounded like God was singing directly to me after hearing my worries about never finding love.

The following semester, on a night where I felt heartbroken after realizing that my crush at the time was homophobic, God answered me directly once again. Out of nowhere, my best friend called me to tell me in an excited yet calm tone, “You’ll be with a black man.” Again, I was immediately overcome with tears, and that’s how I knew that God was essentially speaking through her.

I’ve seen my future husband over and over again, in dreams and now visions throughout the day. He’s a handsome, charismatic, and kind black man who I can tell is somewhat older than me. Based on his appearances, he seems to be in his late thirties or early forties.

And I love him already. Ever since I accepted that he’s the soul mate God intends for me to be with, I honestly don’t feel lonely anymore. I haven’t physically met him yet, but now I feel like I’m living that Sleeping Beauty song, “Once Upon a Dream”.

I pray that others like me allow themselves to feel the peace and hope that God intends for all of us. I can feel how heartbroken God is over what we’ve suffered at the hands of other Christians. That mercilessness, that refusal to hear us out, that’s not His will. We know what the fruits of Love are, and it sure as heck isn’t that.

Remember this Bible verse mentioned by both God the Father and His Son Jesus Christ, and how far more critical mercy is than ruthlessly chasing after a law:

“I desire mercy, not sacrifice.”