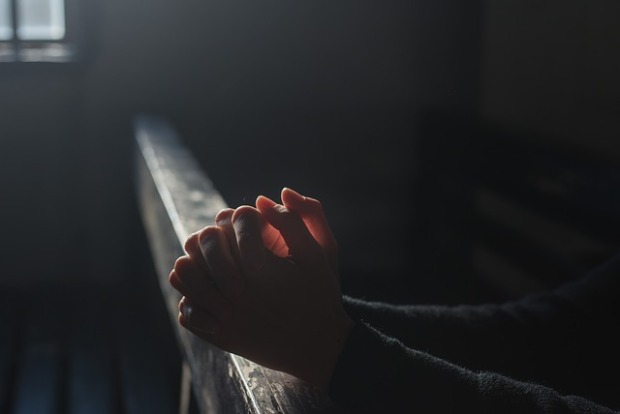 As I’ve mentioned in a few posts thus far, I’m a young gay man who has dealt with more than his fair share of homophobic harassers, all of them verbal, and many of them “manly” men. This has been a recurring issue in the last two years or so, and it’s taken a great deal of prayer and divine support to not develop any grudges against these men.

I’ve categorized all of my male homophobes into the following two categories:

I realized that many of the guy homophobes I’ve dealt with are probably gay themselves because of certain body language ticks I’ve picked up on. With Type 2 homophobic men, there is almost always some sort of fear or anxiety in their eyes when they blurt out insults, and there have been a few occasions when they literally look like nervous wrecks when they pass me by.

When I first started encountering guys like this, I was disgusted, to say the least. I could go on and on about how I don’t deserve that nonsense, and how it’s not my fault that they’re so afraid of themselves. In fact, because nearly all of these guys are barely older than me, it wasn’t too long ago that I told God that I’ve officially given up on guys my age. I was sick and tired of having to be their verbal punching bag.

Well, God’s giving me an ongoing answer that I wasn’t prepared for.

This past year, I’ve had numerous dreams of these guys walking up to me and doing or saying a number of things showing remorse, regret, and their true orientation coming out. There are a few recurring themes and images that I’ve seen in these dreams so far, such as:

This phenomena began with a subtle moment of divine intervention sometime last summer, while I was on vacation. I had been praying late into the night for my guy best friend, whom I’ve had an on and off crush on. Out of nowhere, I suddenly had an urge to pray for the worst homophobe of them all, a guy actively encouraged his guy friends to shout insults at me whenever I would pass him walking by.

I resisted, and grumbled that I didn’t want to think about that guy. It was a struggle to completely forgive him, because I once had a massive crush on him, and truly thought that he was a Christian knight in shining armor. The heartbreak that I felt after seeing the hatred in him come out was an ugly feeling that took a long time to dispel. But despite my protesting, the urge persisted, and I begrudgingly complied.

No kidding. That’s how the first dream in this “series” occurred.

Barely a week after this had begun, in the middle of a normal dream, I was suddenly taken to my basement, where a powerful image had appeared.

In the middle of the room, this guy and I were standing together, looking into each other’s face, looking like we were about to kiss. I looked confused, naturally, and this man seemed to be caught between the desire to kiss me, and his anxiety.

After seeing that, I continued to pray for him, up until roughly the end of that summer, when I had a different dream of him taking me into a tight embrace, beaming down at me.

A few weeks later, when the new semester began, everything I had seen in my dreams was affirmed by a real encounter I had with him. We crossed each other’s paths in one of the cafeterias on campus, and I tensed up, because I expected more homophobia. But for some reason, looking at him didn’t bring the usual fear. Instead, I felt more at peace.

On top of that, when he saw me, he gave me a small, shy smile, and kept walking.

I still pray for him, because I’m not entirely certain that he’s fully accepted himself. I just hope that when the time comes, he won’t be afraid to accept that God made him whatever way he is for a purpose…and the purpose isn’t to be persecuted.

I began having equally revealing dreams about a different guy months later.

“They Shouldn’t Have Hurt You!”

The guy who suddenly showed up in my dream this time was more of a, shall we say, “petty” homophobe than anything else. I never heard him insult me, but his attitude was constantly disdainful and arrogant.

I first realized he might be a “Type 2” when I had a dream before this one where he offered me a chance to get intimate with him, in an incredibly condescending tone. It was upsetting to be honest, because it’s bad enough to deal with hateful men; it’s even worse to realize that there’s a possibility that they hate you to protect themselves.

But anyway, in this dream, the same guy came running up to me, looking desperate to talk to me. It was shocking, and at first, I didn’t recognize him. I mean, he was completely different from the guy I had encountered in real life.

He ran up to me, towering over me, and asked me in a pleading tone, “Are you ok?”

Before I could answer him, he got incredibly angry, and told me something along the lines of “You deserved better! Those bullies shouldn’t have hurt you like they did!”

I woke up in confusion, because there were no bullies whatsoever in that dream. The only bullies I could think of were the girls who deliberately created a threatening, draining and homophobic environment on my dorm floor two years ago. I realized that logically speaking, those were the only bullies that could make him get so angry for my sake.

There have been a number of occasions when I’ve believed that I’ve had a dream like this because somebody wanted to tell me something. This was one of them. I truly believe that somehow, this guy learned about what happened to me, and had a massive change of heart as a result.

I’ve had numerous other dreams about this guy, and many of them revolved around us bonding as close friends. I appreciate those dreams, of course, but I also worry for him, because on the other hand, based on my aforementioned theory, these could also mean that he’s struggling with loneliness just like I still am.

What Does This All Mean?

I have no doubt that God has been giving me these dreams in response to my anger over their behavior. Thank goodness He did, because while I did make myself forgive each of them, I would still be incredibly irritated towards them if I hadn’t had these dreams.

Now, thanks to the message that God gave me about these men, I feel better equipped to look at them with compassion and empathy. I know what it feels like to be terrified of your identity. I know what it’s like to wonder if God will reject you for not being what society calls “normal”. But what I’ve realized I don’t understand is what it’s like to be gay, while also feeling the burden of America’s obsession with masculinity.

I say that because I could easily be categorized as an “effeminate” gay man based on my short height, slim build, and the bizarre fact that I’ve been mistaken as a girl by numerous people, even coworkers. One could say that I strongly resemble the stereotypical image of a guy gay in America.

As for these poor guys, they tend to be well over 6’ tall and sturdily built. In other words, they look nothing like that stereotypical image, and would probably prefer to not be seen as such. That’s a highly logical reason as to why they seem so terrified when they see me. Psychologically speaking, I could be seen as the embodiment of what they fear to be perceived as, and thus they react with anger to cover up their fear. It’s quite Freudian, if you ask me.

I’ve created an ongoing prayer list for these guys, and my goal as I pray for them nightly is for them to accept a few things:

I am so sick and tired of this country’s obsession with masculinity, and I’ve realized that despite what others may think of me, I’m lucky to not be called “manly”. After seeing these guys reveal their fears to me in my dreams, I’ve realized that I should be grateful to not feel the constant peer pressure from friends, family and strangers to fit society’s definition of manliness.

By using what could be called intercessory prayer for these guys, I’m hoping to do what I can do undo the damage that has been done to them by society’s unhealthy demands. Only time will tell what else will come as a result of these prayers, and only God really knows what’s meant to happen otherwise.