Thanks to this bizarre, archaic pamphlet that I discovered recently, I now know what religious-based homophobia was like back in the 80s, the decade when the AIDS crisis peaked here in America.

My apologies in advance, these photos aren’t necessarily of the best quality. 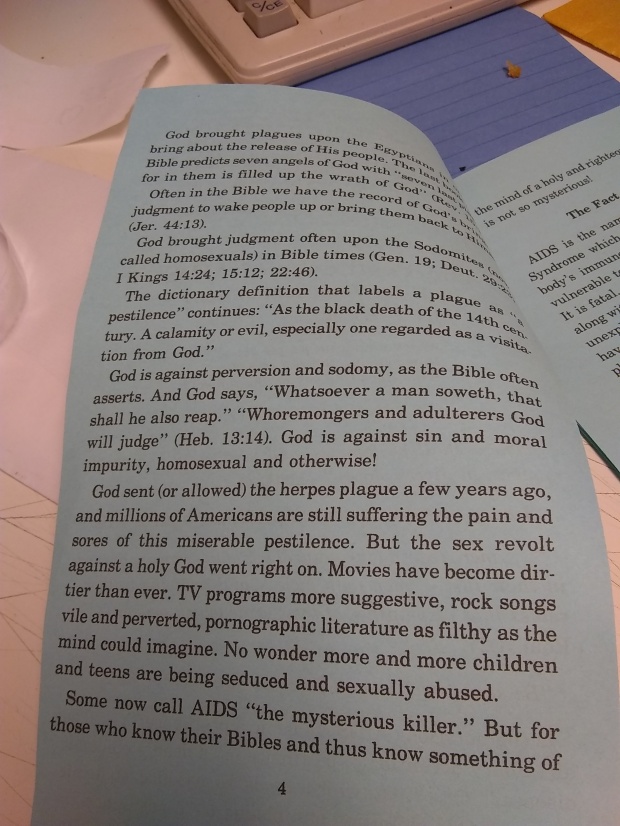 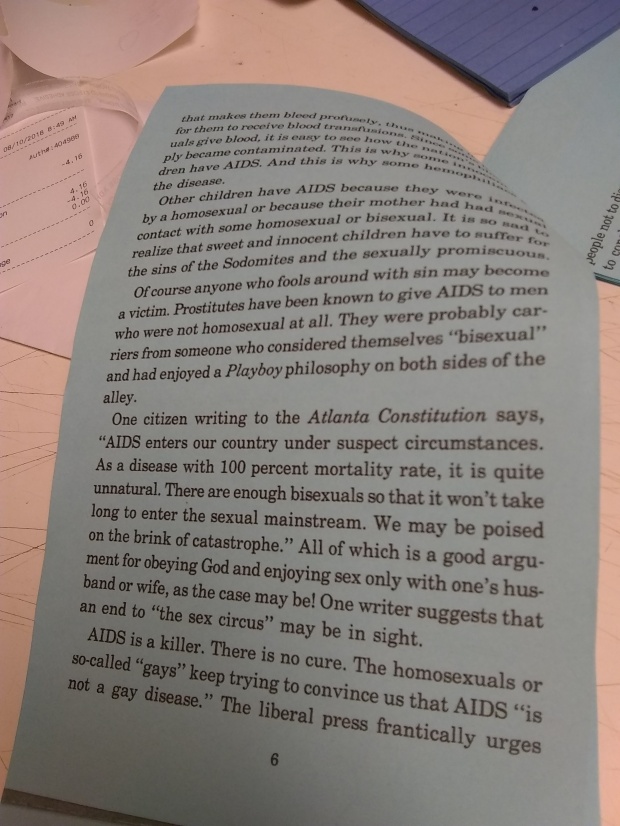 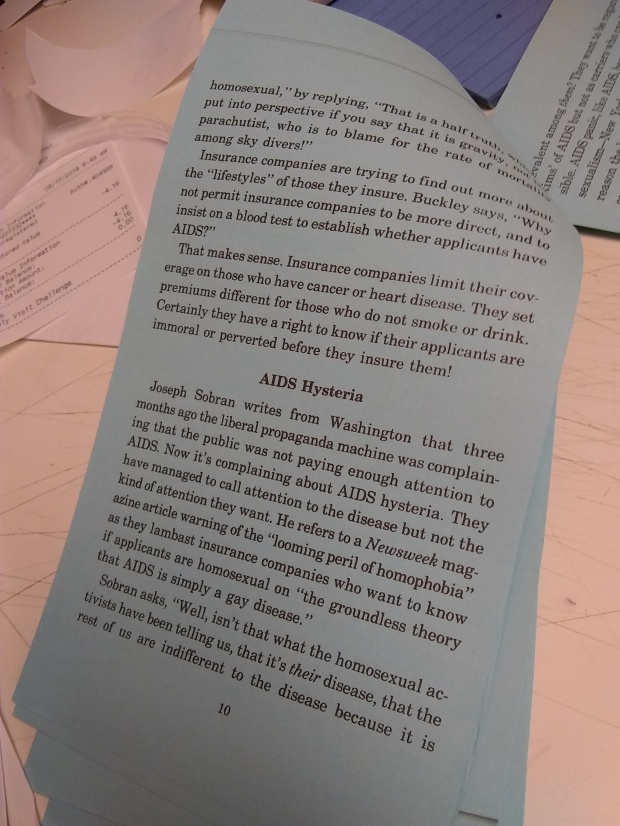 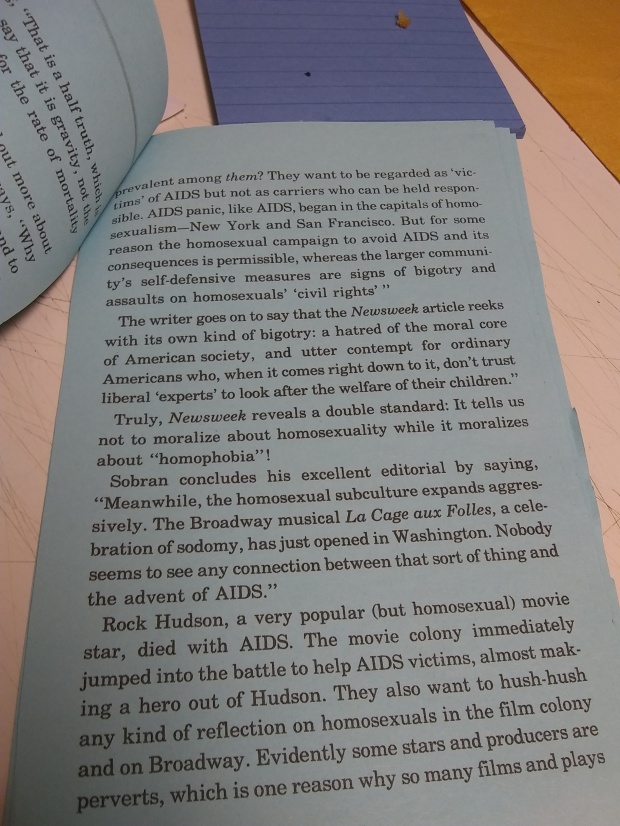 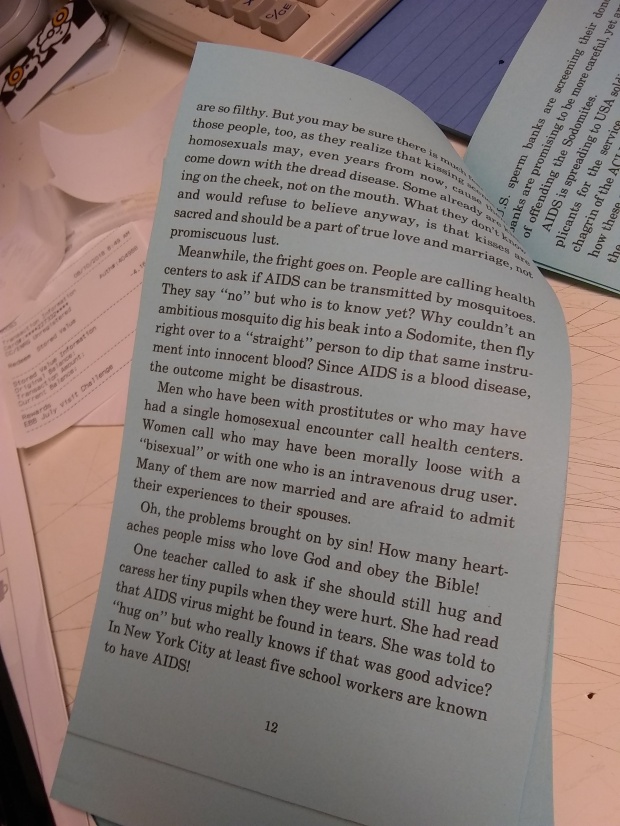 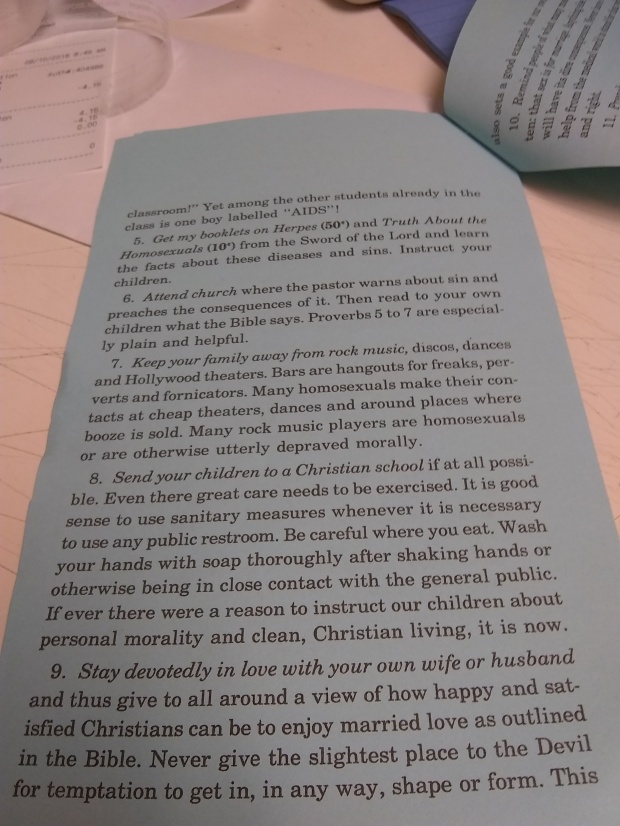 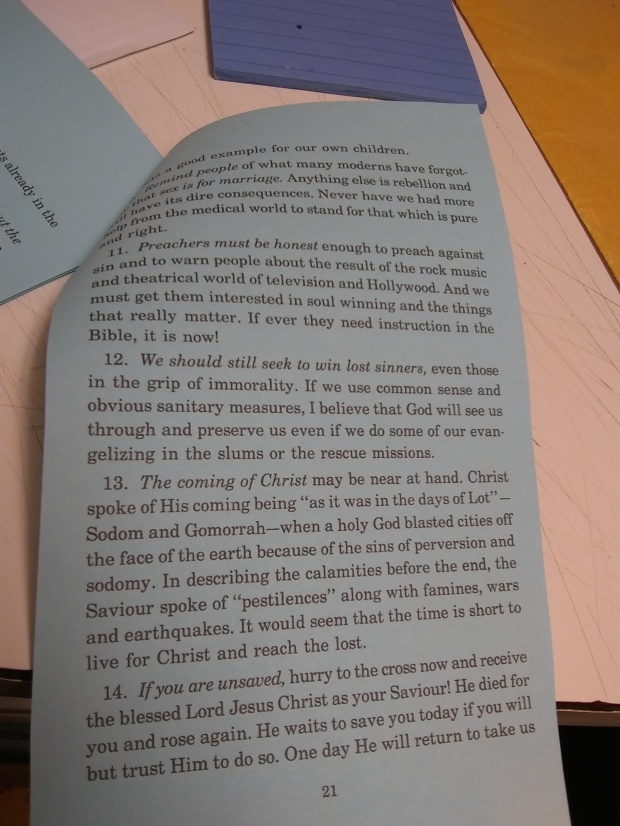 I was stunned when I read this. So this is what gay men like me had to deal with in the 80s? They didn’t have the luxury of only dealing with this nonsense in pamphlet form, either. They had to face the angry authors in person, and deal with all of their vitriol like that.

As a gay Christian, when I read this, I understand completely why people my age especially have left the church in droves. This pamphlet went out of its way to demonize gay men in the 80’s, going so far as to suggest that society start “testing” people suspected of being gay and summarily ban them from public service jobs. And then, at the end, after giving an absolutely demeaning rant about what gay men were perceived to be back then, it dares to end it all with “God bless you!”

It’s so two-faced. And it’s horrendous messages like these that have led to so many people abandoning religion.

No matter how hard I think I might have it as a gay man in this modern era, it’s because of things like this awful pamphlet that I remind myself to be grateful that I did not live during the 80s. People like me were blamed as the root source for a horrific disease that continues to claim countless lives. I can’t imagine what it was like for the gay men back then who were merely trying to live their own lives, all while constantly feeling the crushing burden of this stigma.