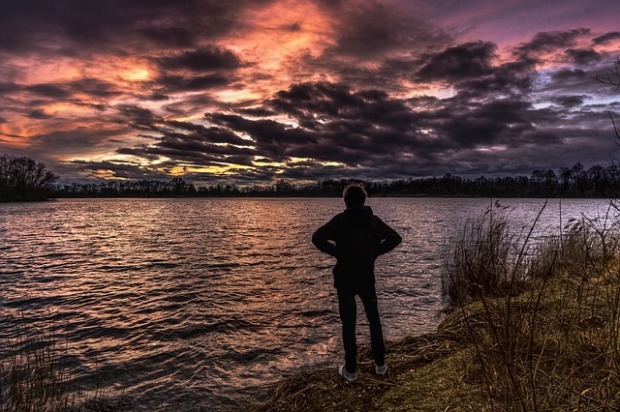 In a post I wrote back in October, I mentioned that I had a growing, sincere interest in older guys; this interest was sparked by brief but potent encounters with wonderfully gentleman-like older men at my job, along with vivid romantic dreams where older fellows courted me.

Since October, that interest has solidified. It’s actually gotten to the point where the mere thought of me dating a guy my age grosses me out now. I feel ridiculous saying that, but it’s the truth. I used to be wary of the idea of me falling in love with an older man, but when I nowadays try to picture myself instead with a guy my age, I cringe.

It feels safe and right, where my romantic interests have taken me now. It just took me such a long time to accept them.

When I was in college not too long ago, I desperately held onto a belief that I’d find my soul mate before graduation. The idea of me so much as having a crush on an older guy didn’t occur to me until my last semester, when I started to lose interest in the other guys at my college. It was around this time that started having those aforementioned romantic dreams involving older men romancing me; each time, they treated me with far more maturity than any guy my age ever had.

I value maturity of multiple types in the men I’m interested in, and in large part due to our age, guys my age typically lack maturity in some way. Some of it can’t be helped, because we of course aren’t as experienced as older men are. However, at least in my eyes, too much immaturity will create instability in romantic relationships. Not to say that an older man would be completely free of immaturity, of course; I’ve just gotten fed up with the maturity shortcomings of the fellows my age.

This would actually explain my puppy crushes on the seniors in my high school when I was still a shy freshman. For a number of reasons, they were the most attractive age group to me at the time, in large part due to how mature and self-confident they were in comparison to the younger guys. It seems I’ve always had an inherent preference for guys older than me, but now, my preferred age range has greatly changed.

I’ve also always known that I don’t really “click” with most guys my age, at least when it comes to common interests. For whatever reasons I had, I never went to a single party during college, and would instead spend time relaxing in my dorm, or going on smaller expenditures with my group of friends. My interests in social life, music and other areas have always been different from other guys my age, and I felt unwittingly isolated a few times because of it. In large groups, especially family gatherings, I always drift towards the adults instead of hanging out with the other youngsters because I want to discuss politics, faith and other heavier topics. My opinion is that I naturally fit in better with older groups because my soul is so seemingly old.

Another reason my interests have permanently shifted is I need a man of faith. While there are plenty of millennials of faith, our number is dwindling for understandable reasons; many of us have become disillusioned with organized religion because of how it’s harmed minorities. While I don’t necessarily need a man who always goes to church, I do need somebody who I can reliably discuss God and spirituality with. Otherwise, a vital part of my life would be hitting a brick wall. In an older man of faith, I’m hoping to find a steady rock to lean on as I continue to learn my own lessons in spirituality.

On the other hand, I’ve had plenty of reasons to hesitate with my interest in being with an older guy. It sucks to admit it, but for a while, I did sincerely worry how others would react to me being with an older guy. There are a number of unfair stereotypes that younger guys only want to be with an older man for their money, and that on the other side, an older man would only pursue a younger man to feel young again. Money is not my main concern whatsoever, because God always helps provide me with what I actually need. Also, I know better than to let myself be around any older guy who would only look at me as a means of feeling younger, or for the purpose of satisfying any unhealthy desire like that. In regards to how the outside world might see my desired relationship, I’ve had to remind myself many times that I cannot control, nor am I responsible for what others think of me and my man. If they choose to frown down upon us simply because we have an age gap that’s larger than most, that is their fault and not mine.

Most of all, the biggest reason I didn’t initially want to even think about being with, much less marrying an older man was the age gap in of itself. I kept saying to myself, if I end up marrying a guy old enough to technically be my dad, how will I feel? It took me the longest time to get over this. There was a point in my life where I honestly believed that age in a relationship absolutely affects all aspects, and decides how everything will play out. Now that I’ve snapped myself out of that naive belief, I know better.

I’ve gone from stalwartly refusing to even consider dating any guy not in his early 20’s to understanding that I feel more compatible with a man who could easily be in his 40’s. It took a great deal of patient but constant nudging from God and all the subtle/overt signs He gave me for me to finally accept this facet of where I’ll end up romantically. I also know, after doing a bit of research, that intergenerational gay relationships aren’t at all uncommon, and might actually be more common among gay partners than straight partners. I’m not alone with my age preferences, and that’s immensely comforting.

I look forward to what the future holds in store, especially now that I’ve accepted this.