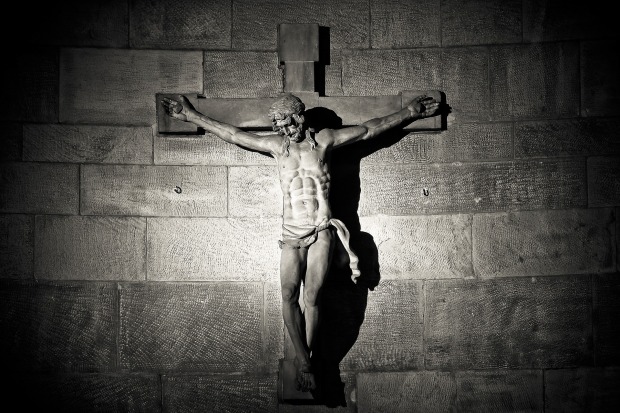 When I first read about Eugene Peterson’s apparent change of heart on the matter of same-sex marriage, I was surprised and undoubtedly pleased. For a well-known figure such as Peterson to make that move could only have helped push forward in the struggle of LGBTQ people to be fully accepted in churches.

And so, like many other people after reading about Peterson’s flip-flop by stating he would not, contrary to belief, perform same-sex weddings, I was disappointed.

For those of who you aren’t aware, this past week, Peterson answered “yes” in an interview with Jonathan Merritt at Religion News that if he hypothetically was asked by a gay couple while still a pastor if he would perform their ceremony. The answer generated both surprised joy from LGBTQ Christians/allies, along with chagrin from proponents of traditional marriage views.

A major example of the negative feedback Peterson received is the threat from LifeWay Christian Stores, a major Christian bookstore that supports many of the books that Peterson has authored. As Christianity Today wrote, the company said that if this change of beliefs in Peterson was genuine, they would no longer sell his books, including The Message, a paraphrased version of the Bible that Peterson created.

Merritt reported that after Peterson had spent time reflecting and praying over the matter, he announced a retracting statement that declared that while he would lovingly invite gay couples to his table, he wouldn’t officiate at their wedding.

As Merritt himself wrote in his article, respect is maintained for Peterson. Merritt noted that some people had wondered if this flip-flop on Peterson’s part was due to senility, and Merritt appropriately attacked that accusations as based in ageism. At this time of painful division, nobody on either side of the issue should try to personally attack Peterson, as doing so would be a godless choice.

That being said, the hurt that Peterson’s choice has caused needs to be addressed and discussed. Gay Christian author Matthew Vines wrote that Peterson gave hope to struggling LGBTQ individuals who felt their hope was dashed by his retracting statement. This is painfully similar to the World Vision scandal in 2014.

Back then, World Vision, an international disaster relief company, initially changed its employment policies to allow spouses in gay marriages to work for it. But after severe backlash from evangelicals, which led to the company losing $800,000 in funding for the children it takes care of, an official statement was created by the company retracting its choice.

Among the strong language used in her writing, the following stands out the most:

“When Christians declare that they would rather withhold aid from people who need it than serve alongside gays and lesbians helping to provide that aid, something is wrong.

There is a disproportionate focus on homosexuality that consistently dehumanizes, stigmatizes and marginalizes gay and lesbian people and, at least in this case, prioritizes the culture war against them over and against the important work of caring for the poor.”

In fact, some evangelicals apparently compared Peterson’s own retraction happily with World Vision’s, according to NBC’s coverage. NBC also reported in its article that to some evangelicals, Peterson’s convictions are still questionable. This included Denny Burk, a professor of Biblical Studies at Boyce College, who said the following on his blog:

“Having said that, I do believe that Peterson has left some pretty fundamental questions unanswered. How does he square this “biblical view of marriage” with admitting practicing gay people into church membership? How is his view of marriage consistent with bringing openly gay persons onto his ministerial staff? These are the pastoral practices of one who affirms homosexual relationships, not of one who opposes them. Peterson raised more questions in his interview yesterday than he answered in his retraction today.”

“’That said, I would still love such a couple as their pastor. They’d be welcome at my table, along with everybody else.’”

To say that there is a divide between the LGBTQ community and Christian churches is putting the reality of the situation far too lightly. This gap is only bound to be widened by Christians who either insinuate or directly state that they believe ‘practicing’ gay individuals shouldn’t even be allowed to join churches.

LGBTQ Christians like myself often deal with the deepest frustrations over these incidents more than anybody else, due to our unique positions of having one foot in each separate world. As we felt back in 2014 after World Vision’s rapid flip-flop, and as we do now after this conflict over Peterson’s beliefs, we LGBTQ Christians deal head-on with humiliation: the humiliation we feel knowing that other Christians view us as invalid ‘sodomites’ who shouldn’t be allowed to be called part of the Body of Christ.

As Vines and others have warned, the fallout from this past week will be long-lasting. But while it would be easy to attack the other side, doing so would certainly not please God, and as such, we must each do whatever we can to act in humility and grace, even towards those who openly despise us.

“If your enemy is hungry, give him food to eat; And if he is thirsty, give him water to drink; for you will heap burning coals on his head, and the LORD will reward you.”