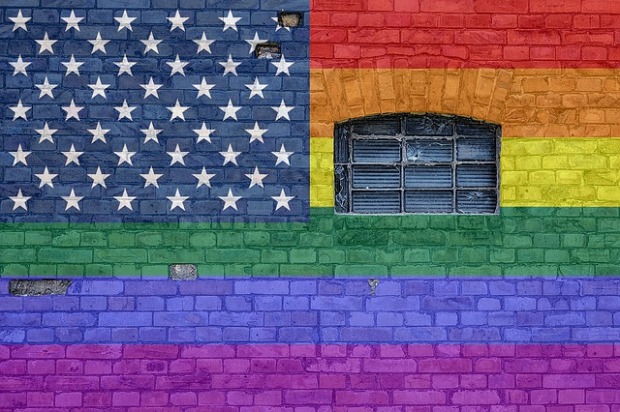 With June officially being declared by president Obama as LGBT Pride Month, it’s important to acknowledge the progress made thus far in the journey to obtain full rights for the LGBTQIA community, while also addressing the issues still being faced.

Gay and lesbian couples in America, since June 26, 2015, now have the legal right to marry each other, as decided by the SCOTUS ruling in Obergefell v. Hodges, which came about after much legal debate within the states. Ever since that ruling, hundreds of couples across the U.S.A. have been happily married, some after waiting decades for the ruling to be passed.

But even with these couples being allowed to marry, this country still has much to work for.

Social attitudes towards the LGBTQIA community in this country, despite the legal rulings declaring equality, are often disappointing, especially when religious matters also come into play. Multiple legal battles have been fought over the interpretation of religious freedom in choices made against serving gay and lesbian individuals, be it over wedding cakes, or, much more recently, federal contractors being allowed to quote their religion as the reason for firing LGBTQIA individuals (this was the focus of a potential amendment proposed by Representative Maloney of New York, in order to nullify language in a bill that could’ve opened doors to anti-LGBTQIA discrimination; unfortunately, his amendment was overruled by a last minute change of hearts from Republican representatives).

Using religion as an excuse for seeking to prevent gay marriage and other rights from being affirmed for us is pointless when Ireland, a predominantly Catholic nation, made gay marriage legal in their country through a referendum of the people instead of a court. A nation’s religion isn’t what drives a country to prevent others from being treated fairly in the eyes of the law and society; it’s the hate-filled hearts of corrupt politicians and religious leaders using some semblance of faith as a mask to justify their bigotry.

Beyond the remaining legal issues, which have fairly improved within the last decade for this category of minorities, the stance of everyday society towards us has failed to improve at the same rate, with homophobic violence still common in certain areas, and transphobic violence still at an alarmingly high rate. Perpetrators of crimes against this community are sometimes not dealt with to the harshest degree of the law, allowing future criminals to repeat the incident without proper rebuke.

While America is certainly not the worst country when it comes to LGBTQIA rights, this nation can still do much better. LGBTQIA citizens still aren’t free to live their lives to the fullest when the crackdown on crimes against us is either not enough or nonexistent, and when much of America still seeks to deny us basic rights.

Another important point to remember this month, for the sake of solidarity among minorities, is that this country also has a long way to go towards ending racism in our institutions and in society at large. Police brutality is still a problem despite developments to curb violence among law enforcement members, and the recent primaries have dragged  hate-filled citizens out of the woodwork, with the vitriolic language heard in rallies used to dehumanize and demonize minority races.

All of this brings to mind a conversation I had with one of my best friends recently about what it means to be free in America. She and I both agreed that in order to be truly free, four conditions have to be met.

If you’re white, male, straight and cisgender, then congratulations, you’re absolutely free. But if you fail to fulfill even one of the aforementioned requirements to be 100% free in this society, you’re doomed to be mistreated by the law and your fellow citizens for being deemed as inferior.

Just being gay is enough for random strangers to revile others like me, who go around simply holding hands with their significant other, an act which sufficiently enrages people into screaming slurs at us and, with the worst of these aggressors, physically attack us for doing nothing but silently proclaiming our love. Many of us have to constantly check our surroundings to see if it’s “safe” to show any affection, and no couple in America should ever have to be on guard 24/7 in this manner.

What America needs to understand is that, despite the rose-colored lenses view that all of our citizens are free, if you fall into any minority category in this nation, your freedom is given with exceptions.

Gay and Lesbian couples aren’t free if they aren’t able to express their love for their partner without repercussions in the form of discrimination in the streets, where the threat of violence constantly looms over them; nor are they free when religious organizations and politicians are constantly citing religion as a reason seek to push back against their newly affirmed rights.

Ethnic and racial minorities aren’t free if racism of any form is allowed to exist against them, be it police brutality, their places of worship being singled out by terrorists, or any other manifestation; a prime example being the shooting at a historically important black church in South Carolina that was targeted by Dylann Roof, who was seeking to ignite a race war.

Women of all races and gender identity aren’t free if every night out, they walk around wondering if tonight will be the night that some abominable man decides that he has the right to harm them because of their gender. This has been a longstanding issue in America, and has become a serious problem for transwomen, who have one of the highest murder rates in the country.

While we as a country have certainly made progress in social issues, we still have a long way to go. Until the crackdown on ending discrimination and violence against all minorities becomes severe enough to put an end to their needless suffering, America will never be able to achieve the social victory its people seek to obtain.